Realizing the need of a church in the center of the city, a number of Christian Scientists met on May 18, 1919, in the Concert Hall of the Old Academy of Music, on North Howard Street, and decided to organize Third Church of Christ, Scientist, Baltimore. Church services were first held in the Concert Hall on June 1, and the Sunday school was opened on the following Sunday. On August 19, the church was recognized by The Christian Science Board of Directors, in Boston, Massachusetts. A charter was granted by the state of Maryland on September 8, 1919. The church continued to hold services in the Concert Hall until October 5, 1924, when it moved to its present location at 702 Cathedral Street. 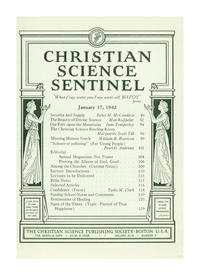