The writer once attended a testimony meeting in a large Christian Science church in the Middle West. At that time the meetings were held on Friday evenings instead of on Wednesday evenings. 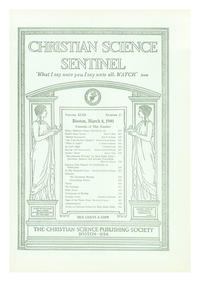