Fort Atkinson, Wisconsin (Society).—Christian Science Society, Fort Atkinson, was granted a charter by the state of Wisconsin on January 31, 1912. The first services were held in a small one-story building on North Main Street. The next locations were on North Main Street and on South Third Street. Later meetings were held in the Knights of Pythias Hall, and then in the assembly room of the Dwight Foster Library.

Plans were made for a church edifice, which was constructed at 359 Whitewater Avenue. The opening services were held on March 26, 1933. Many generous donations have been made to the building fund of the church. 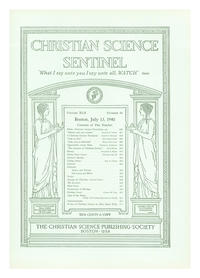