No Sword in His Hand

In the early life of David we have striking illustration of the results gained by reliance upon God, in contrast to those obtained through trust in material means and worldly methods. When he was a ruddy-faced boy, tending his father's sheep on the hills near Bethlehem, we read that when a bear and a lion attacked the flock he boldly resisted the marauders, turning to God for strength and courage. This was stern training, but it stood the test on that important day when he defied Goliath of Gath. The narrator of the story of the contest with Goliath particularly emphasizes the importance of David's complete reliance upon spiritual power, closing the account with the significant words, "But there was no sword in the hand of David."

It is a common human experience that it is much easier to endure hard usage from an avowed enemy than from a supposed friend. When the persecutions of Saul began, David seemed at times to fall into such a state of mental confusion that he was not always able to maintain his former attitude of firm trust in God alone. Once when Saul was threatening his life, David fled to Ahimelech, the priest at Nob. David had no weapons, and forgetful of that earlier time when there was no sword in his hand, he now asked Ahimelech if he could let him have a sword or a spear. The keeping of the sword of Goliath had evidently been intrusted to Ahimelech. He told David that he had this sword, that he had no other weapon, and that he would let him take it if he wished it. With apparent eagerness David answered, "There is none like that; give it me." Had he so soon forgotten how weak this very sword had been proved to be when as a simple shepherd boy he trusted wholeheartedly his heavenly Father? 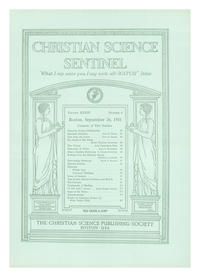