Who has not read with a sense of sorrow and indignation John's story of Pilate stepping forth from the judgment hall where he had been questioning Jesus, and saying to the assembled multitude outside: "I find in him no fault at all. But ye have a custom, that I should release unto you one at the passover: will ye therefore that I release unto you the King of the Jews?" and their answer, "Not this man, but Barabbas."

Where were the halt and maimed and blind to whom the Master had brought such freedom? Where were the multitudes who had followed him into a desert place, and whom, moved with compassion, he had fed with five loaves and two small fishes? Where were the fathers and mothers of the little ones whom he had so tenderly taken up in his arms and blessed? Was there no one among all that vast crowd who wanted the release of the gentle Nazarene, who had walked so graciously among their corn fields and villages, telling them not to fear, for their Father was taking care of them, even as He takes care of the lilies? 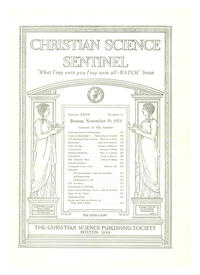