Charging that the chairman and other members of the committee on the judiciary were "receiving gifts, franks, employment, and compensation of great and pecuniary value" from railroads, to the extent of disqualifying them to pass upon the bill to prohibit congressmen and judges from receiving such gifts from railroads or other corporations, Representative Randell of Texas brought before the House a privileged resolution to remove the measure reffered to from the committee on judiciary and to have it immediately reported back to the House.

Users of the Curtiss and Paulhan aeroplanes may now fly without giving bond covering possible violations of the Wright brother's patents, at least until after the trail of the injunction suits instituted by the Wrights in the United States courts in New York and in Buffalo several months ago. The United States circuit court of appeals in a unanimous decision vacated the preliminary injunctions granted on behalf of the Wright Company against the Herring-Curtiss Company and Louis Paulhan, pending trail of the suits. 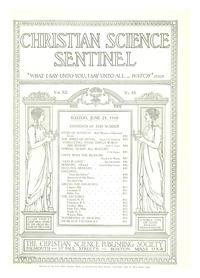