Upon being asked by Mr. Richardson of Tennessee why the amount of pensions decreased five and one-half millions while the number of pensioners was said to be larger, Mr. Barney said that this was accounted for by the fact that the arrearages were decreasing and the number of large pensions (those from $50 to $75 a month) was also decreasing. He stated that the commissioner of pensions believed that the high tide of pension payments had been reached, and the amount required probably would remain stationary for some years. 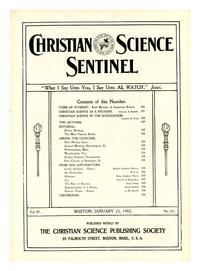