Kingdom of God on Earth

The Rev. Dr. Lyman Abbott recently described to a crowded gathering the purpose Jesus had in view when he endeavored to promote the kingdom of God.

This kingdom, the preacher said, was a kingdom on this earth, and not, as many supposed, a state of things which was to come in after this life was over. By this kingdom we were to have, not hereafter, but now upon this earth, a richer, a freer, and a happier life. The kingdom of God was not only in this world and in human existence, but it was also in the hearts of men, and whoever, in business, in politics, or in the general life of the world, was acting honestly and justly, and was seeking for justice and righteousness in the world, was thereby seeking to realize the kingdom of God. 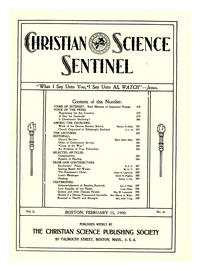