No longer addicted to pornography

For almost as long as I can remember, I’ve had a desire to be married—to be a good husband and a good father. I even remember putting “a girlfriend” on a few Christmas lists when I was in grade school. But despite this desire, I was met with a lot of rejection from girls my age. While I attended Christian Science Sunday School consistently every week growing up, I never really made it my own until many years later. I always instinctively knew that everything about the teachings was true on some level, but I thought perhaps it had become outdated, it didn’t apply to me, and that maybe it was better suited for “old people”—who comprised the bulk of our branch church.

At school, I saw many of my peers easily fall in and out of relationships with girls, and as I began to compare myself with these peers, I also began to covet them. I thought, “Those girls notice all those other guys, but why don’t they notice me?” I heard stories about some other kids having sex and wondered what it was those other guys had that made girls want to do that for them. I attributed my apparent lack of success to there being something fundamentally wrong with me, and consequently my self-esteem was very, very low. Around the same time, when I was about twelve years old, many of my friends and I were first introduced to Internet pornography, and that soon became a personal escape from the preteen and teenage angst of social drama. Since I’ve always had a strong aptitude for technology, it was never a real challenge to be able to obtain porn without needing a credit card, nor was it a challenge to keep it hidden from my parents and others. 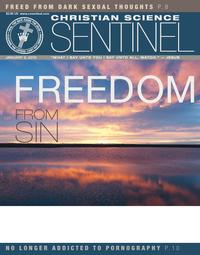