An Interview: with a Manufacturer

with contributions from Marcel Fossier

Regardless of the ups and downs suffered by the French economy throughout, the years, the business of Marcel Fossier, Paris manufacturer, has grown steadily stronger. For sixteen years he served as a judge on the Court of Commerce in Paris. Then he was elected first vice-president of the Chamber of Commerce of Paris, an official organization that not only represents the interests of trades and industries but also studies the laws concerning the economy, giving its opinions to the Government and sometimes to the National Assembly itself.

A businessman in your country has had to face many crises in recent years, hasn't he? 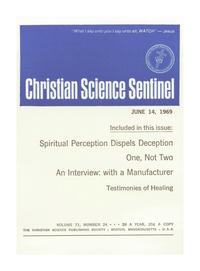