Modern society has been referred to by sociologists as an achievement society. It is said that possibilities are unlimited; modern men can achieve everything if they push forward, work hard, and never miss an opportunity to grab for what they want. Modern men believe that their achievement is based upon their innate ability, their education, their intelligence quotient, and their ability to communicate successfully with others.

In the early days of Christianity and throughout the Middle Ages economic gain for its own sake was disparaged, and the Church condemned usury. These teachings were frequently flouted by churchmen and laymen alike; but they remained the standard of the Church. 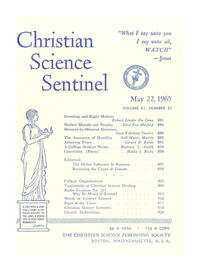