Looking at the world today, it would appear that we can do very little individually to prevent what may come. Wickedness appears to be unquenchable. The great temptation is to believe that the solution to the problem is to be found only in the hereafter. As with all false temptations, the danger is in the fact that it appears to be true while it lacks truth.

The belief that only the hereafter offers peace invites us to accept as true that which would destroy us. It suggests that the way to escape the evil which may come upon us is to withdraw from the human scene, to climb to a figurative mountaintop where no evil is to be reckoned with, and to ascend from there into eternal harmony. 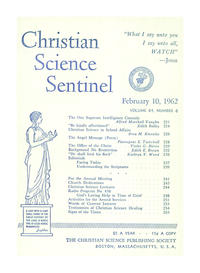