Within the focus of spiritual being there is complete release from evil. The reflected glory of Spirit is concrete being, substantial and tangible. The visible material world is like a shadowgraph. Remove the material shadow and spiritual substance is revealed. In the shadow appears the evidence of sin, sickness, and death. A finite mortal appears therein, born into death, or dying into birth, according to the belief entertained about him. In the shadow of material belief mentality appears to be mortal and imperfect; whereas, man's only mentality is divine intelligence, for man is Mind's image and likeness. In the substance appear health, holiness, and immortality. The substance and its shadow do not mingle. 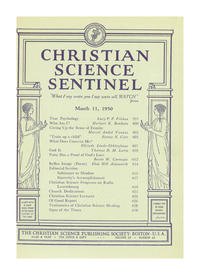