The Twentieth Century Tournament of Ideas

Today nations are witnessing a war of ideologies. Never in history has a contest occurred to such an extent in the mental realm. Mankind has learned that thought is something with which to reckon.

Those who are motivated and controlled by diabolic, negative forces of evil are fully aware of the power of thought. They know the power of prayer and of right ideas stands in their way. To disarm mankind of this power is their aim, on the home front as well as on the battlefield. They are using every possible means in the field of thought to undermine the foundations of democracy and religion. Their weapon is erroneous mental influence, and world thought is their target. 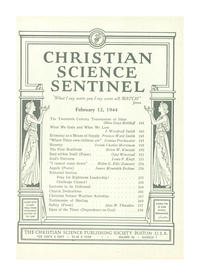