Author Not Gievn with contributions from Perry, Oliver Hart Bronson

[From the Federal Council Bulletin of the Churches of Christ in America, New York, New York]

We were invited not long ago to attend a meeting of the Westchester (New York) County Council of Churches. It was a heartening experience. The extent to which a cooperative spirit had come about was illustrated by the way in which the planning of a new church was being considered. Not many years ago, a denomination which proposed to establish a new congregation did so quite without reference to what other denominations might think about the matter. Now all was different. The Congregationalists, being desirous of locating a church in a Westchester County town, were consulting with the representatives of the other churches, with a view to finding out whether they felt that an additional church would really strengthen the religious life of the community. The question as to whether a new church was needed was recognized not merely as a problem of one denomination, but as a concern of all. The answer to the question was being sought from the standpoint, not of enlarging a particular denomination, but of the greatest service to the whole kingdom of God. The outcome of the conference was a decision to conduct an interdenominational inquiry into the needs of the community before proceeding further. The resolution authorizing this approach to the problem was made by a representative of the denomination which was proposing the new church! May the day soon dawn when such a spirit will prevail everywhere. 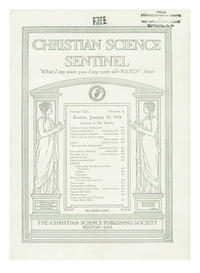