All the Christian world has acknowledged the Golden Rule as a simple summary of mankind's duty to mankind. Most men have agreed that if Jesus' counsel, "Therefore all things whatsoever ye would that men should do to you, do ye even so to them: for this is the law and the prophets," were really accepted as law,—if this counsel were truly and religiously obeyed,—all strife among men would cease. How simple then would seem the way into heavenly harmony even among all human relationships! And still, how far removed does the world appear to be from the realization of this desirable state!

It is not because men have failed in a desire to obey the Golden Rule that obedience has not been more general. Indeed, there is probably no one who has ever called himself a Christian who has not started out many times with the firm intention of having this law govern all his actions so far as his neighbors were concerned. One reason why such efforts have not resulted more successfully is because this obedience has been undertaken from the wrong starting point. Since the human standards of right have been so largely selfish, the attempts to obey this rule have often totally reversed it in both practice and effect. It has therefore come largely to be disregarded, and men have cast it aside as more or less impracticable. 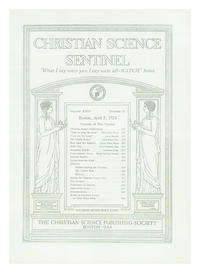