Through arrangements made by the United States forestry service, twenty-four boy scouts—eight from Washington, D. C., eight from Baltimore, and eight from Boston—are to build this coming summer a ten-mile trail in a remote part of the White Mountain national forest. This plan is to aid the scouts to practise their craft, to learn about forestry, and to awaken in them an interest in conservation. In return for this work the boy scouts will be paid at a rate equivalent to that which the government would have to pay for the construction of this trail were the work done by the regular force.

The trail which the boy scouts will build is intended primarily as a means of protection against fire. The boys will be working approximately ten miles from the nearest town, which is Gilead, Maine. They will camp in the valley of Wild river, a tributary of the Androscoggin river, and will have two stretches of trail to build. The first will be alongside of Wild river, and the work will consist merely of the improvement of a rough trail which needs to be put into condition so that horses can travel over it. The second stretch of trail will be located in the timber where no means of quick travel existed before. 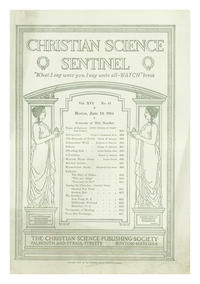