The complaint in the long–expected suit of the federal government against the Southern Pacific railroad, involving title to two hundred and fifty million dollars' worth of supposed mineral–bearing lands in Fresno county, has been filed at Los Angeles, Cal., in the United States district court for the southern district of California. Other suits are to follow, in which the government will contest the ownership of a total of seven hundred and fifty million dollars' worth of lands. The suit is brought under the act of Congress passed July 27, 1866, requiring the department of the interior to exempt, mineral–bearing lands in issuing patents to railroads. The government will contend that of 440,000 acres of land on the main line of the Southern Pacific railroad in California, 45,726 acres are mineral–bearing and must revert to the public domain. The land is, for the most part, in the Coalinga oilfield and is under lease to the Kern Trading & Oil Company, a subsidiary corporation of the Southern Pacific and a joint defendant in the suit.

Investigation of an alleged attempt to obtain control of the oatmeal business of the United States has been started by the federal grand jury at Chicago, Ill. Purchase of the Great Western Cereal Company by the Quaker Oats Company will be inquired into first. It is charged that virtual control of the oatmeal business resulted from this transaction. The price paid by the Quaker Oats Company for the Cereal Company was one million dollars. The Cereal Company had factories at Peoria, Ill., and Fort Dodge, Iowa. Shortly after the purchase the plants were closed and the company went into the hands of a receiver. The Quaker Oats Company last October declared a dividend of two million five hundred thousand dollars, or five per cent on its capital stock. In addition, it is said to have in its treasury accrued profits of two million five hundred thousand dollars. Petitions attacking the transfer have been filed in chancery in New Jersey by stockholders of the Cereal Company. 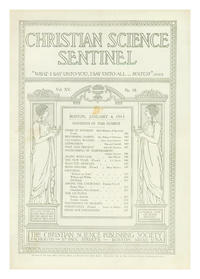