Chief Justice White of the United States supreme court, who announced the decision in the commodities clause of the Hepburn law regulating interstate commerce, said in summing up: "It must be held that, while the right of a railroad company as a stockholder to use its stock ownership for the purpose of a bona fide separate administration of the affairs of a corporation in which it has a stock interest may not be denied, the use of such stock ownership in substances for the purpose of destroying the entity of a producing, etc. corporation, and of commingling its affairs in administration with the affairs of the railroad company so as to make the two corporations virtually one, brings the railroad company so voluntarily acting as to such producing, etc. corporation within the prohibition of the commodities clause. In other words, that, by operation and effect of the commodities clause, there is a duty cast upon a railroad company purposing to carry in interstate commerce a product of the producing, etc. corporation in which it has a stock interest, not to abuse such power so as to do virtually by indirection that which the commodities clause prohibits—a duty which plainly would be violated by the unnecessary commingling of the affairs of the producing company with its own so as to cause them to be one and inseparable."

The attempt to put the ban on "cut rates" in proprietary medicines in this country has received the unqualified disapproval of the supreme court of the United States, which, in an opinion by Justice Hughes, declined to give its aid to such an attempt on the ground that it would afford the manufacturers of medicine an unlawful monopoly. He said that while the manufacturer of medicine under a secret formula had a right to a monopoly of manufacture until the formula was discovered by fair means, yet the courts could not insure him the "unnecessary monopoly" of controlling the price to the consumer. 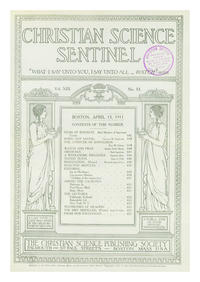