Secretary Root, in a letter to Representative Denby of Michigan, relative to the desire to have certain alleged abuses in the Congo Free State corrected by some international action, says, —

"The United States has no treaty right of intervention. We could not rightfully summon or participate in any international conference looking to intervention, adjudication, or enforcement of a general accord by other foreign Powers against the Congo Free State. Moreover, we are without opportunity or power to investigate conditions in the Congo. We have no diplomatic or consular representatives in that country. We could not send any one there except with the consent of the Government of the Congo— to do otherwise would be an invasion of its sovereignty. Other Powers, being parties to the general act of Berlin, have made investigations through their authorized representives, and the Congo Government also has sent investigating commissions. The information we have on the subject of Congo misrule comes at second hand through opposed channels. 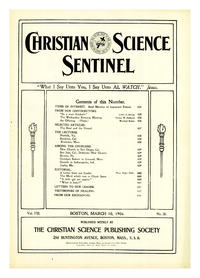