The United States Legation at Constantinople has received an exhaustive report of the recent incident at Alexandretta, fully convicting the local authorities and police of making an unwarranted attack on Consul Davis and of arbitrary interference with him in pursuit of his duties in connection with Attarian, the naturalized American, who was about to embark for Egypt under the protection of the consul, but who was arrested by the Turkish authorities. The report was transmitted to Washington, and Acting Secretary of State Adee has cabled the United States Minister at Constantinople to present the facts to the Turkish Government and inform it that the case seems to call for some expression of regret and reparation. The attack upon Consul Davis is regarded as a serious matter in international law.

It is reported that Turkey accepts the United States version of the incident and promises proper amends. Consul Davis has returned to his post on a warship detailed from Admiral Cotton's fleet at Alexandria, Egypt. 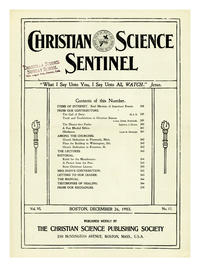