The census bureau has issued a report announcing that the population of the entire United States, including all outlying possessions, was 84,233,069 in the census year 1900. This is itemized as follows:—

Send a comment to the editors
NEXT IN THIS ISSUE
Article
What Then? 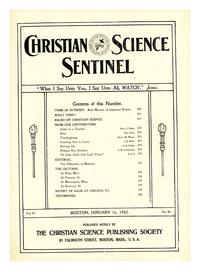