The Responsive Reading of this week’s Bible Lesson, titled “Everlasting Punishment,” is taken from the book of Hosea, written after the calamitous fall of the Northern Kingdom of Israel in 722 bc —where Hosea lived. In the first 13 chapters of this book Hosea describes how Israel has fallen away from worshipping the one true God—bemoaning the fact that “they [Israel] sin more and more, and have made them molten images of their silver, and idols according to their own understanding, all of it the work of the craftsmen” (Hosea 13:2, Responsive Reading).

Hosea doesn’t leave his book on a hopeless note however. In the last, the 14th, chapter, he prophesies God’s forgiveness and healing of Israel. In verse 4, he describes God as saying, “I will heal their backsliding, I will love them freely.” Hosea prophesies that Ephraim (a reference to the Northern Kingdom of Israel) will turn away from the Baalite influences that had paganized worship and that he will once again worship the one true God. Thus he would prosper and flourish again. “Ephraim shall say, What have I to do any more with idols? I have heard him, and observed him: I am like a green fir tree. From me is thy fruit found” (verse 8). Hosea believed that Israel’s strength as a nation could only come from worshipping the true God and from obeying the laws of God in daily life.

Ann Edwards has a master's degree in theological studies from Emmanuel College, University of Toronto. 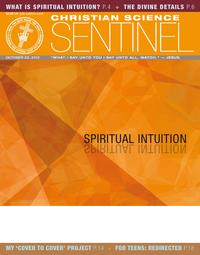