with contributions from David Cook

THE HOUSE WHERE MARY BAKER EDDY LIVED from 1908 to 1910 is being sold to the Longyear Foundation, which operates an independent museum focused on the life of Mrs. Eddy and her early students.

The 35-room home at 400 Beacon Street in Chestnut Hill, Mass. is where Mrs. Eddy oversaw the founding of this newspaper. The First Church of Christ, Scientist, in Boston signed an agreement to sell the 8.3 acre site for $13.3 million. 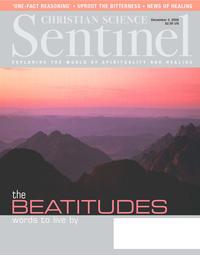