"As I prayed, the rough treatment and demand for bribes from me and my companion stopped."

In March 1998, I traveled and stayed in Brazzaville (Brazza), capital of the Republic of Congo. The town had been reduced to a ghost city, having been bombed and burned down repeatedly by rebels fighting with government soldiers for control of this beautiful African country.

The air was heavy with depression, death, loss, fear, corruption, intimidation, Black markets had mushroomed because banks had closed. But in the midst of this mayhem and lawlessness, some people expressed hope and the expectation that God would liberate them from oppression. 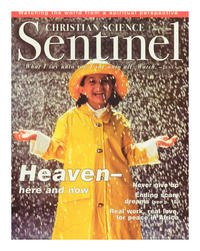