Arguing on the side of good

Actor Alfre Woodard talks about her life in films and television. By Kim Shippey

Last Year, Alfre Woodard was the gracious recipient of Golden Globe Best Actress award for her portrayal of Miss Evers in the made-for-television movie Miss Evers' Boys. Ms. Woodard has also won three Emmy awards, and received an Academy Award nomination as Best Supporting Actress for her performance in Cross Creek in 1983. But she is probably best known worldwide for her roles in How to Make an American Quilt, Grand Canyon, Passion Fish, and Star Trek: First Contact.

While on location for her latest film, she talked with us about the challenges of being a mother and a "movie star." 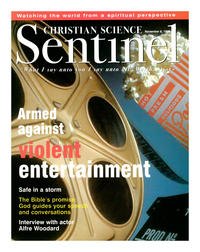