Whose Church is it?

There's more to Church than meets the eye.

An intriguing aspect of the current religious scene is the interest many people express in spiritually—apart from the conventional religious expression found in organized churches. One Gallup survey, reported at a December conference in Boston—"Spirituality & Healing in Medicine"—indicated that while 96 percent of Americans said they believed in God, only 43 percent had attended worship services within the past week. 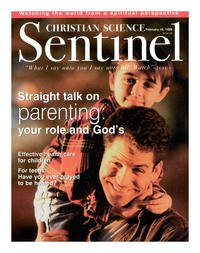