A number of humanity's problems surface time and again. One of them is the challenge of feeding the increasing number of people in the world.

Sometimes predictions are made about the inability of the world to feed itself, which may frighten people. Thomas Malthus, a pioneer in population study, made such a forecast in the early 1800's. His theory assumed that unless population growth was checked, it would outgrow food supplies and the results would be disastrous. But something happened that the Malthusian theory had not taken into account—new technology multiplied farm output. And, at least at the time, his prediction went unfulfilled. 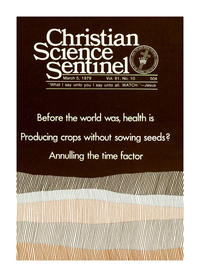