Mary's school was in London, about ten minutes walk from Kensington Gardens, where the girls sometimes played hockey or netball on the grass opposite the Royal Albert Hall. Once a week they could travel by bus to some large playing fields a few miles outside central London. It was fun to have so much space to play in away from the noise of the city traffic. So Mary was particularly excited one summer term to be going with a small party of girls to spend a week on a farm in Kent, where they would study the local geography and learn about the birds, flowers, and trees on that part of the North Downs.

The farm was in the middle of beautiful country, and sometimes the girls played rounders or some other ball game in a nearby field. One evening when Mary was running round the field, she fell down on the rough ground, twisting her ankle in a hole. It soon started to swell and become very painful, and she Was unable to walk on it. 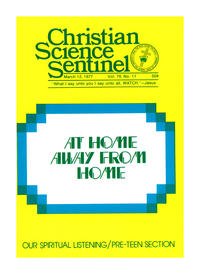