The answer to mortality

For many years a ferryboat carried travelers between two points on the Arno River near Florence. The operator of the boat realized that a bridge could better serve his passengers. He conceived the project of a bridge and showed his plans to the officials. They smiled at the proposal of this man who had gone to school only through the third grade. His project was rejected.

Undaunted, he persisted in his efforts to get permission to build the bridge. Finally, the officials gave him a permit, though they were skeptical, to say the least. He saved his meager earnings and collected scrap metal, cables, and other supplies. He worked alone for more than two years, and his endeavors were finally rewarded by completion of his own suspension bridge. What an example of effort put forth! 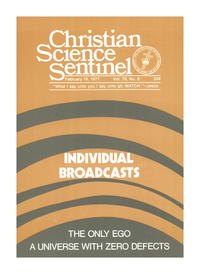