"We have met the enemy, and he is us!" exclaimed a shocked Pogo, an American newspaper comic-strip character.

Like Pogo before his sudden insight, many of us may have a misconception as to who our enemy is. We may believe an enemy, in the accepted sense of the word, to be one who seeks to harm us. We may see this magnified worldwide as nation warring against nation, or as hatred between races, or as neighborhood feuds. At first we may seem to be innocent bystanders. Eventually, however, most of us meet face to face those who appear to be interested in harming us, sometimes seemingly without cause. 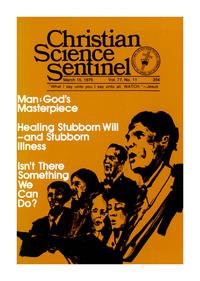