Are You Abandoning Your Neighborhood?

As an inner-city resident, I recently realized that my neighborhood was the victim of an alarming crime increase.

Almost everyone I knew had suffered from one facet of crime or another, and while the neighborhood declined, most of my friends were moving to the suburbs. Some of those moving needed more space, had changed jobs, or, tried of paying rent, were buying a house Others were simply running away, fleeing an unknown faceless terror. Their exodus was creating a vacuum in which crime and confusion thrived. 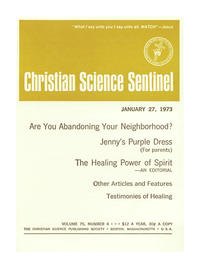