Judy had a beautiful new bicycle, and she had promised to take very good care of it. When school started in the fall, she would be able to ride it to school, for there was a rack over the rear wheel for carrying books. There was also a basket on the front, which she could use when she went to the store on errands for her mother.

The bicycle had a bell and even a light which shone ever so brightly in the dark. Because the city required it, the bicycle also had a license plate just like Judy's father's car, except, of course, it was smaller and didn't have so many numbers. 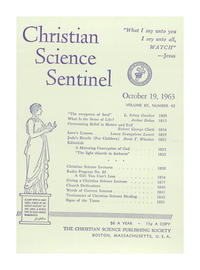