John B. Gough, a great apostle of temperance, was born in England. His father was a pensioned sergeant in the British Army and his mother a schoolmistress. When the boy was twelve, he was apprenticed to a family coming to the United States. For two years he stayed with them, learning the bookbinder's trade. With the hope of bettering himself, he left the rural countryside of upper New York State for New York City. Here he found work as an errand boy for a Methodist book concern, but his leisure hours were unprotected. He fell into bad company; a gift of mimicry and a musical voice made him welcome. The next years were full of misfortune — "seven damning years of degradation" he called them. His employment was sporadic; he lost his young wife and child; and his intemperance grew.

In 1842 a turning point came in Gough's life. While he was walking the streets of Worcester, Massachusetts, a waiter from a temperance hotel spoke kindly to him, told him of a temperance meeting that was to take place the next night, and invited him to come and sign the pledge. Gough's attendance at the meeting and his signing of the pledge were the beginning of a new life for him. 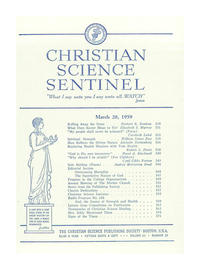