Miss L. Ivimy Gwalter. C.S.B., of New York, New York, has been elected to the office of Associate Editor of the periodicals to succeed Miss Morrison. 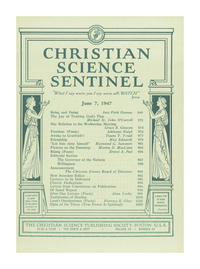