Six hundred and seventy-six radio programs were broadcast under the auspices of this Committee during the year covered by this report. Of this number, three hundred and sixty-four were given on free time by five of the ten stations broadcasting the programs. In addition to the local programs, eight Christian Science programs were released by the Columbia Broadcasting System in their National and West Coast Church of the Air series. 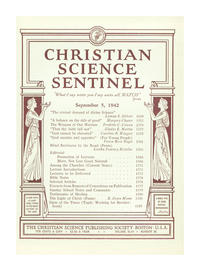