"Glorify thou me with thine own self with the glory which I had with thee before the world was" (John 17:5)—The Greek preposition here twice rendered "with" can also mean "by, beside, in the house of," and is often synonymous with the French "chez" (cf. Souter: Greek Lexicon, p. 188). Moffatt suggests: "Glorify me in thy presence with the glory which I enjoyed in thy presence before the world began;" and Goodspeed: "Do such honor to me in your presence as I had done me there before the world existed;" while Weymouth (5th edition) offers a closely similar rendering.

"I have manifested thy name unto the men which thou gavest me" (John 17:6)—Among the Jewish people the term meaning literally "name" was often employed as equivalent to "character or nature" (cf. Brown, Driver, Briggs: Hebrew Lexicon, p. 1930), and as implying or representing "person, power, authority, character" (Souter: op. cit., p. 176); just as in English we often speak of a man's "name" in the sense of his "reputed character, reputation" (Webster's Dictionary). Thus Goodspeed suggests the translation: "I have revealed your real self to the men you gave me." 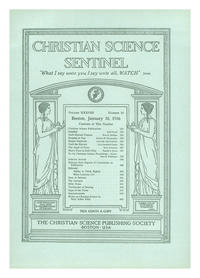