The history of mankind is usually represented as the tale of a long and painful struggle against nature, in which generations of mortals have through the ages, and by slow degrees, adapted themselves to their material environment, in order in turn to modify it to their own advantage.

We read how, after protecting himself against hunger and thirst, against extremes of weather, wild beasts, and hostile tribes, mortal man proceeded to make his existence more comfortable and more varied; and how in course of time he hit on striking inventions in the fields of transit, communication, agriculture, commerce, and industry. We are shown how in later times he has set himself to extirpate what he believes to be the causes of famine and disease. Still more recently, he has demonstrated new control over nature in the achievements of aviation and radiotelegraphy. Nevertheless, the world is still from time to time afflicted by disasters such as droughts and earthquakes, which are supposed to be largely beyond human control. For a very large part of mankind existence still appears as a prolonged struggle against nature, which is likely to end only with death, itself supposedly a natural phenomenon. 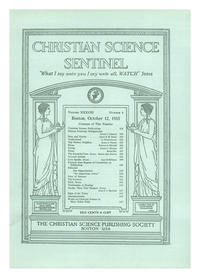