There are millions of people to-day who are seeking aimlessly for work, or for some geographical locality where they believe a living wage can be secured. Humanly speaking, they are not in their right place, nor are they satisfied with their present environment. They are drifting along under conditions which seem to be world-wide, and over which they apparently have no control. But must one accept without protest an environment that is not of his own making, or should he seek to overcome the obstacles that are thrown in his way? Only fatalism would suggest that one accept without protest an unhappy environment. The true Christian Scientist will turn from a baffling sense of impotence to a power higher than himself, and will claim his God-given intelligence, which enables him to know all that is needful. In that mental mastery, every problem becomes deeply interesting.

Our great Master has spoken encouragingly and comfortingly to the wayfaring man, and to all men, about place and environment. "In my Father's house are many mansions," he said—many chambers of thought. "If it were not so, I would have told you. I go to prepare a place for you." Here is the assurance to those who claim their God-given intelligence, that a place has already been prepared for them. But how could it be prepared if it were nonexistent? Every man, woman, and child must learn that he has a divinely created place now, and that it is "beautiful for situation." Then he will no longer think of himself as drifting aimlessly in a heartless and unfriendly world, with no place to welcome him. Every weary wanderer can rest in the thought that God's household would not be complete without him, for everyone is actually essential to God's perfect plan of home and heaven. 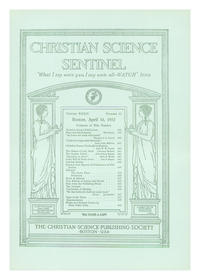