Certain travelers who were riding from Darjeeling—about eight thousand feet above sea level—to Tanglu—over ten thousand feet—once had an interesting experience. At first the way lay level, running smoothly by the side of a steep mountain; and from the sunny four-foot-wide pony path could be seen dense masses of clouds that seemed to hang in rings round the distant peaks. Suddenly, as the road twisted and the gradient increased, the riders found themselves in a dense cloud bank, cold, gray, damp, and unpleasant in every way. Gone were the lovely clear views that had charmed the eyes below, the rushing waterfalls, the gentle streams, and the flower-covered mountain slopes! Even the sun itself was hidden, and no warmth penetrated the moist cloud. The narrow pony path seemed wholly inadequate to allow a safe passage for the horses; and one of the travelers feared that the whole cavalcade would fall down the jagged precipice. Advice was given by the Tibetan guides to look up, not down; but it was hard to heed their warning with danger seemingly so imminent.

But a sharp turn higher up suddenly brought the riders above the cloud mass. Oh, the joyous freedom from the heavy atmosphere! The temporarily lost view of valley and flowers was regained, and it appeared even fairer and clearer than before. Rejoicing again in the sunshine and light, the travelers continued, later on to pass through a second and a third cloud belt which enveloped the way. But each emergence from the clouds brought brighter visions, until the summit was reached with its marvelous open expanse, and a view wider and more brilliant than anything seen on the lower levels. 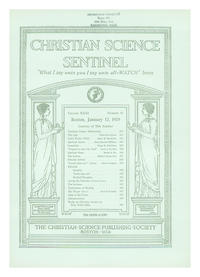