The special bond attorney of the board of port commissioners of New Orleans will go before the Louisiana Legislature at the coming session and ask for legislation and financial support necessary to secure the construction of a railroad bridge over the Mississippi river at New Orleans. The plans for the structure call for a bridge proper, 2,280 feet long, although from the beginning of the approaches to the end it will be six and one half miles. The structure will be 105 feet above low water and 85 feet above high water, and the total length of steel construction will be more than two miles. The largest single span, as planned, will be 1,066 feet long. The bridge will be of the cantilever type of construction, and will require at least three years to build. Both steam and electric railway traffic will be handled over it, and it will also have a wagon road and a footpath for pedestrians. If built, it will be owned and operated by a joint commission from the dock board and the Public Belt railroad of New Orleans. The cost is estimated at six million dollars.

An arbitration treaty for a term of five years between the United States and Venezuela was signed March 21 by a representative of the Venezuelan government and the United States minister there. Under the treaty, all questions not capable of settlement by diplomacy shall be submitted to investigation by an international commission for at least one year. The convention, following the lines of that with the Netherlands, does not provide for the maintenance of the military and naval status quo during the investigation period, but, like all of the peace treaties, binds the two countries not to engage in hostilities until the investigating commission has made its report. It is the fourteenth of Secretary Bryan's peace treaties to be signed. 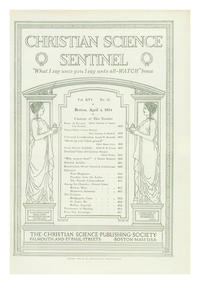