In an advance statement from his annual report Secretary Lane calls attention to the fact that since March 4, 1913, settlers have made entry on nearly twenty million acres of public lands, an area equal to that of Connecticut, Massachusetts, New Hampshire, and New Jersey combined. During the same period practically as much more coal and other mineral land of the West has been examined in detail in forty-acre tracts by the geological survey, and most of it has been thrown open to settlement or purchase. Some of these lands, such as those which include workable deposits of phosphate or oil, are still withdrawn pending suitable legislation for their disposal or use. Another important activity in public land classification to which the secretary calls attention, is the designation of lands for entry as "enlarged" or three hundred and twenty acre homesteads. Designations under this law approved by him cover 33,453,056 acres.

Officials of the treasury department at Washington are seeking to lay the groundwork for a vigorous and nation-wide campaign for the detection of income tax dodgers and the collection of unpaid taxes, which some authorities believe may mount into the millions. The effort is directed particularly against stockholders and drawers of dividends from the corporations of the country. There are more than three hundred thousand corporations doing business in the United States. Any plan adopted to institute a thorough search of their lists of shareholders and the records of their dividends will be exhaustive and may take years. Officials hope that the corporations will furnish this information upon request, but there is some question as to the power of the department to make them do so. 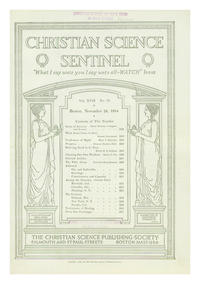