The international congress of chambers of commerce will hold its fifth conference in Boston in 1912. As a result of the London congress last year the Swiss government has decided to invite the world's governments to an international diplomatic conference on the reform of the calendar. At the London congress a resolution was passed declaring it desirable to establish a fixed international calendar and a fixed date for Easter. The international diplomatic conference held at the instance of the congress at The Hague, from June 23 to July 25 of last year, for the discussion of the unification of the laws on bills of exchange and promissory notes, has agreed on a preliminary draft of international convention and unification. Twenty-five governments were officially represented at the London congress, and the British government, for the first time represented, took a most active part in the deliberations. The Rt. Hon. Lord Desborough, president of the London Chamber of Commerce, said in his governments of welcome: "It is evident that the governments of the civilized countries are more and more recognizing the value of conferences of business men to discuss business affairs."

Arrangements have been completed by the Smithsonian Institution with the revenue cutter service to take a party of five naturalists to the Aleutian islands next month, where they will put in the entire summer studying the bird life of those islands, as well as of the coast of the Alaskan mainland. The expedition is intended mainly to enable A. C. Bent, a naturalist of Taunton, Mass., who will head the party, to complete the "Life Histories of North American Birds," a work which the Smithsonian has had under preparation for a number of years and of which two volumes have been published. 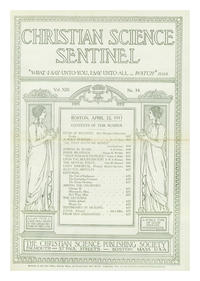