The first rural free delivery route was established six years ago. July 1, 1902, there were 9,461 routes in operation; 536 more will be added on August 1, and 10.198 petitions for routes are under consideration. The State of Iowa has 954 routes and thirty-two additional routes will be placed in operation on August 1. Arkansas is at the bottom of the line with only twenty routes.

The last Congress appropriated $15,000 in an attempt to prevent the buffalo from becoming extinct. William A. Jones of Topeka, Kan., has been appointed by President Roosevelt at a salary of $1,800 per annum to take charge of the national herd in the Yellowstone Park and replenish it as he is able. 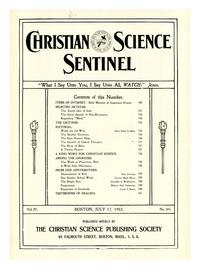