The bill providing a tariff on imports from Porto Rico of fifteen per cent of the Dingley schedule passed in the lower house of Congress, February 28. The Senate took up the matter, referring the bill to a committee of which Senator Foraker is chairman. The committee struck out the preamble and substituted the Senate Porto Rican bill after amending it to read fifteen per cent instead of twenty-five per cent of the Dingley tariff, and in this shape reported it to the Senate March 1. President McKinley, on March 2, sent a message to Congress recommending the appropriation for the benefit of Porto Rico, of all the money collected by the United States on Porto Rico products since the Spanish possession ended, which would mean a return of over two million dollars to the funds of the island for public improvements, etc. The recommendation was immediately carried out by the House in a bill, which passed with a large majority.

On February 26 the Kentueky state election board finished its deliberations and issued certificates of election to the Democratic contestants for the state offices below that of Governor. This filled out the Democratic roster of state officers, and now there are two complete sets of officials. The issue has been submitted to the courts. 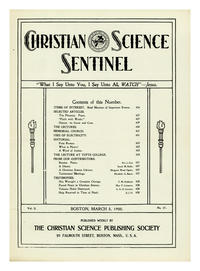