There was not much shade as my wife and I hiked around an island in the San Francisco Bay along with our trusty trail boots, backpacks, and water bottles.

Although we were having a wonderful time, it was not lost on my wife that I had a growing aversion to being in direct sunlight on hot days. And that day was no exception. Basically, I was whining about it. We’re from Ontario, Canada, and at that time we were living in much sunnier San Francisco, which had been an adjustment for me. Frankly, I preferred cloudy days. 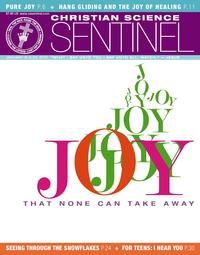