The Mother Church played host July 17 to the opening recital in a week-long series of performances, lectures, and demonstrations in Boston. This was part of a summer educational outreach program for teenage musicians, under the title “Pipe Organ Encounters (POE),” arranged by the American Guild of Organists in eight cities across the nation.

Twenty-three-year-old concert organist Nathan Laube, a native of Chicago, whose performances have thrilled audiences across the United States and in Europe, played works by Liszt, Mendelssohn, Bach, and Julius Reubke, and received a standing ovation from the 400 people in the Extension of The Mother Church. 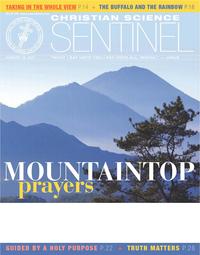