A film about Kimani Ng’ang’a Maruge, an 84-year-old man who enrolled in primary school in 2003 so he could learn to read the Bible, has inspired the creation of an educational charity for underprivileged children around the world.

Directed by Justin Chadwick and written by Ann Peacock, The First Grader is set in a remote primary school in Kenya’s Rift Valley Province. It depicts the stir Maruge created when, amid hundreds of children jostling for admission, he arrived at the school, desperate to learn to read despite his age.

Send a comment to the editors
NEXT IN THIS ISSUE
Items of Interest
With rain scarce, UK churches seek divine help for farmers 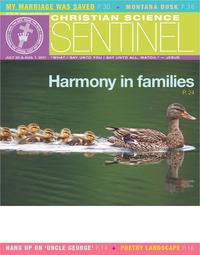