THE FOUR FACULTY SPONSORS of Principia College's solar car team had already arrived in Adelaide, Australia, when the call came in. After its long trans-Pacific voyage, the crate containing the car—the Ra 7—had been detained in Customs, when inspectors found mildew damage from the voyage. If they couldn't retrieve the car from Customs, the team wouldn't be able to participate in the 2009 World Solar Challenge, a venue where colleges from around the world met to race vehicles powered solely by energy from sunlight.

Karen Davis, one of the faculty sponsors, says the team's first response was to pray. The sponsors immediately sent an e-mail to the rest of the team back in the United States, who were due to arrive in Adelaide the following week, requesting their prayers as well. "We were trusting that we would be able to fulfill our purpose in going there," Karen said. 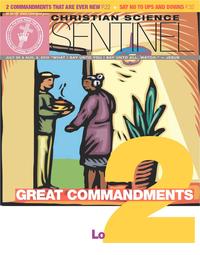