"Volunteers are everywhere! ... [They] play a significant role in both developing and industrialized countries. They are an essential part of Civil Society," said Margo Vliegenthart, State Secretary of Health, Welfare and Sport of the Netherlands. She was responding to news that the United Nations General Assembly has proclaimed 2001 as the International Year of Volunteers.

The U.N. focus on volunteers was announced this month at the 16th World Volunteer Conference of the International Association for Voluntary Effort (IAVE) in Amsterdam. 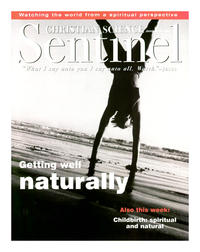